THANK YOU FOR SUBSCRIBING

An Enterprise Approach to Virtual Reality in Education 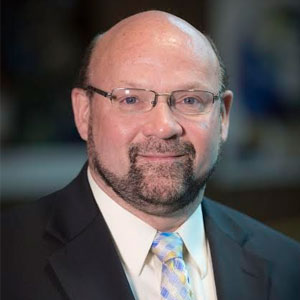 Until recently, the expensive price tag for virtual and augmented reality technology has limited its use in education. This past fall, students at Oral Roberts University (ORU) started immersing themselves in their studies, even though some of them may never set foot on campus.

"A student could open up a virtual eyeball and examine it, pulling off layers to see what’s underneath"

The University in Tulsa, Oklahoma is launching a new augmented and virtual reality platform that will play a big part in helping the university make good on its goal to bring its curriculum to anyone, anywhere on the globe. Beyond that, it’s just plain cool.

ORU has designed its AR/VR initiative on top of the EON Reality Augmented Reality and Virtual Reality platform. It bought the platform as part of the $8 million debt free Global Learning Center, which donors gave to allow the university to make no little plans and “do something phenomenal.”

So ORU built a new Global Learning Center, a ten-classroom building that also includes a 700+-seat theater and an EON Icube virtual environment, in which participants can experience fully immersive VR in a classroom environment.

The amazing aspects of the enterprise editions of the EON platform is that it enables ORU to bring an AR/VR experience to anyone with a reasonably good internet connection. A simple piece of paper, akin to a business card, is the ticket or ‘code’ to access some 8,000 virtual objects that live in ORU’s EON library. Hold the paper up to a smartphone and the graphics card on the phone can “read” the library, enabling the user to open up any of the learning objects.

For example, a student could open up a virtual eyeball and examine it, pulling off layers to see what’s underneath. Professors can likewise access the objects and customize them, adding voice and text to create a complete lesson—anything from how to detect a disease in that eyeball to examining some ancient Roman ruins. They can then save the result and store it in ORU’s learning management system to use again later or to share with others. All the students and faculty need to access all this content is a smartphone and that piece of paper, which is delivered via email. Simplicity of that stature is crucial. If we keep things simple, they will multiply; if we make it complicated, it’ll never take off.

And it’s taking off. In August 2016, just before its formal launch, about 10 percent of faculty were testing, experimenting with, and using the platform. That figure will be up to 60 percent by January. They’re picking it up that quick because it’s so simple. Yet another instance is where VR can be used for oral communications class, and about 325 students were using it by December 2016.

Professors like it because they can show students how things are done and enable them to touch the learning objects, which is more effective way to teach. It is estimated that these tools will allow students to learn four times faster, and studies show results could be far more impressive than that.

The benefits will extend to students well beyond Tulsa as well. In April, I went to Ghana to demonstrate the technology to university and government officials there. We now have 13 students from Ghana on our campus, and three studying online from Ghana. But the real goal is to educate millions of people in Ghana and around the world. That’s now becoming possible because countries like Ghana have 100 percent digital coverage including 4G digital wireless network—and hence, access to ORU’s AR/VR library.

Otherwise, you get 20 students from one country, 30 from another, but you never make a dent in educating the world. A side benefit to ORU’s AR/VR efforts is that it can create and co-license all the AR/VR objects that its professors design to other organizations that use the EON platform, enabling them to jump-start their efforts. In January 2017, professors and students will have access to a one-year VR programming certificate and training program from EON on how to create VR programs that can be licensed.

As for advice to others interested in implementing AR/VR, Mathews is a big believer in the enterprise platform approach. While it’s certainly more expensive than VR headsets and some other options, it comes with everything you need to launch a comprehensive program, including those 8,000 objects all accessible from smart phones to glasses, to full.

That’s a better approach than having different groups try out various VR headsets and other fleeting VR tools. It’s all hit and miss. Someone takes an interest, but you don’t apply it across the enterprise and integrate it with all the systems. It’s terribly hard to get it going when you’re just dabbling with a few pieces of augmented or virtual reality. 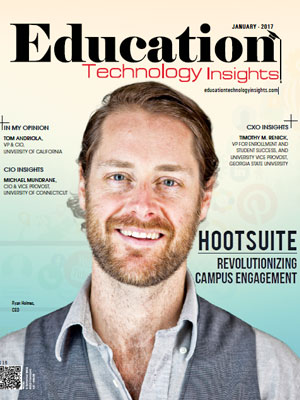 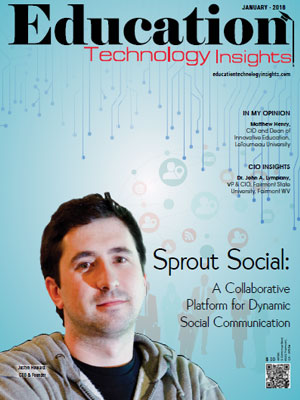 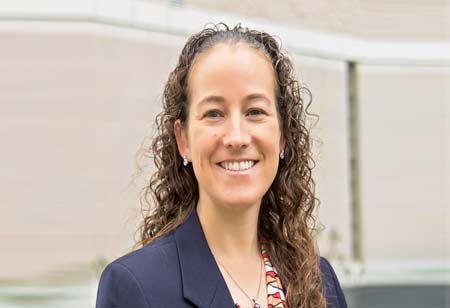 Born This Way: IT as Agents for Change 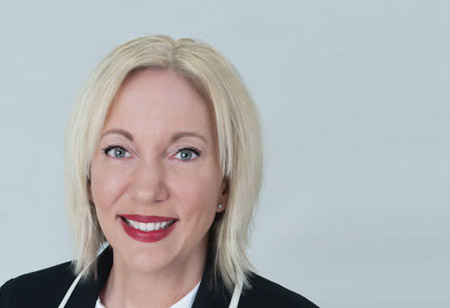 Time to Invest in Readiness Commitments for the Future

Bridging the Gap with the Business Side of the Institution

The Value of Digital Transformation

However, if you would like to share the information in this article, you may use the link below: